In Vitro Characterization of Inflammatory Biomarkers across Species 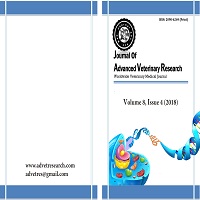 In Vitro Characterization of Inflammatory Biomarkers across Species

Abstract
There are currently no validated animal models or suitable biomarkers with which to ascertain the efficacy of non-steroidal anti-inflammatory drugs (NSAIDs) in equine, bovine or ovine species during conditions of endotoxemia. This has resulted in approval of only one NSAID, flunixin meglumine, for controlling inflammation due to endotoxemia in bovine and equine animals, while none are approved in ovine animals for this claim. This study aims to investigate biomarkers with which to test efficacy of NSAIDs in these species. To this end, the effects of Escherichia coli lipopolysaccharide (LPS) induced inflammation on gene expression were investigated. Whole blood from each species was cultured and stimulated with LPS, after which RNA was extracted at various times. RNA was analyzed via quantitative RT-PCR (qRT-PCR) to determine differential expression of biomarkers. Results indicated up-regulation of cluster of differentiation 1 (CD1) gene in bovine and serum amyloid A (SAA) gene in ovine cultures. Down-regulation of cluster of differentiation 4 (CD4) gene and Caspase 1 was seen in bovine, and of CD1 in equine cultures. This work demonstrates that LPS stimulation alters expression of these genes in these species. These genes may be useful biomarkers for inflammation which could serve as markers for NSAID efficacy.

Vacant PhD, Postdoctoral and Academic Positions at The University of Bergen, Norway

Vacant PhD, Postdoctoral and Academic Positions at The Swedish University of Agricultural Sciences