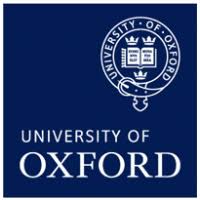 The overall goal is to identify upstream factors which regulate epicardial cell activity and manipulate candidate pathways in a regenerative model organism (neonatal mouse) to determine whether the adult epicardium can be targeted to maintain or enhance cardiovascular regeneration.

Ischaemia and altered oxygen-sensing represents a key environmental cue during myocardial infarction which is principally mediated by hypoxia and HIF1a/2a signalling. The transition from a hypoxic to normoxic environment after birth in mammals has been implicated in accounting for a reduced regenerative capacity following cardiac injury and hypoxia signalling is emerging as a critical factor in the maintenance of proliferative competency of numerous stem cell and progenitor populations. Exposure to normoxia in neonatal mice is thought to promote ROS-mediated P53 DNA damage-repair leading to cell cycle exit and prevention of cardiomyocytes from proliferating; a transition which does not occur in zebrafish. In addition, fate-mapping of hypoxic cells in the mouse heart identified a rare population of cycling cardiomyocytes, with neonatal characteristics including smaller size and mononucleation that contribute to new cardiomyocyte formation in the adult heart.

It has not yet been established whether HIFs are required for the formation of the epicardium in the mouse, however, HIF signalling appears to play an important role in the developing avian epicardium. A role for HIF1α in the adult epicardium has recently been inferred via the maintenance of a so-called cardiac hypoxic “niche”.  Several organ-specific stem cell populations reside in specialised niches in the adult, which are characterised by a low O₂ partial pressure (PO₂). Whilst the adult mammalian heart is not hypoxic per se, the ventricular epicardium and proximal sub-epicardium were suggested to act as a hypoxic niche. A population of cells residing in this “niche” were identified as self-renewing, clonogenic and that express cardiac progenitor and epicardial markers. Whilst this study suggests the adult epicardium represents a localised hypoxic environment, the functional role of hypoxia and HIF signalling in adult epicardium itself, either at baseline or following ischaemic injury, remains to be investigated.

The transition from hypoxia to normoxia during neonatal stages is coincident with loss of epicardial potential following birth, as first suggested by a study over a decade ago which revealed reduced outgrowth of EPDCs from explants in culture through late development to neonatal (P4) stages in the mouse.  We have revealed that, from the middle of the regenerative period (beyond P4) there is down-regulation of embryonic epicardial genes and a significant reduction in flow sorted Wt1+ (GFP+) cells from the epicardium of Wt1-GFPCre/+ mice; indicative of a state of relative quiescence which persists throughout adulthood.  Furthermore significantly reduced HIF1a immunostaining and hypoxia (Pimonidazole-HCl or hypoxyprobe staining) within the epicardium is evident across P4-P7 stages with an initial peak in HIF1a expression at P4 coincident with the peak in embryonic epicardial gene expression.  We hypothesise, therefore, that transition to a post-natal circulation and normoxia contributes significantly to the quiescence of the epicardium, through to adult stages, coincident with the loss of regenerative capacity.  We now propose to study hypoxia and HIF1a/2a signalling in the context of a potential impact on epicardial cell potential during repair.

The specific aims within the programme of research include:

An opportunity is offered for a suitably qualified candidate to work as a postdoctoral research scientist in the group of Professor Paul Riley on a project focused on characterising the role of hypoxia/HIF-signalling in epicardial cell activation and neonatal mouse heart regeneration.  This post will be funded for 3 years on a British Heart Foundation Programme Grant.  The post would be ideally suited to a postdoctoral scientist with experience in working with animal models, preferably surgical experience and ideally competence in establishing myocardial infarction in rodents, tissue and cell culture, and flow cytometry would be an advantage.

The post-holder will be based predominantly at the Department of Physiology, Anatomy and Genetics, Sherrington Building, Parks Road, Oxford, OX1 3PT.

If you would like any informal discussions about the post, please send a full CV and contact Professor Paul Riley (paul.riley@dpag.ox.ac.uk) otherwise please apply on-line as instructed.

Essential – the post-holder will: